The Seferos Group is committed to creating an environment that is diverse, inclusive, and equal for all. We recognize that different backgrounds (ex. race, sex, gender identity, colour, religion, sexual orientation) each bring a unique perspective, allowing us to solve more complex problems together. 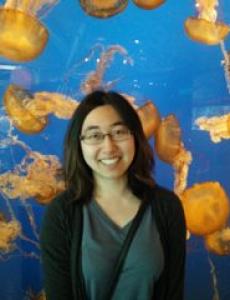 Susan grew up in Vancouver, BC, and completed her undergraduate degree in chemistry and physics at the University of British Columbia. Her undergraduate thesis, supervised by Professor Zachary Hudson, focused on the synthesis of bottle-brush polymers with electronically active functional groups for diode applications. Outside of the lab, Susan enjoys watching plants grow, playing video games, and catching up on sleep. 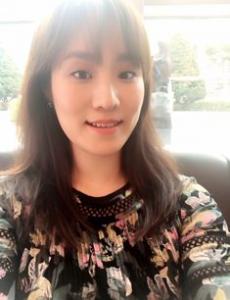 Soyoung grew up in Seoul, Korea. She completed her undergraduate degree in Biochemistry at McGill University and joined the group of Prof. John Oh, starting M.Sc at Concordia University. Her previous research focused on the synthesis and characterization of self-healable polymeric materials. She joined the Seferos group as a Ph.D. student in January 2017. Outside the lab, Soyoung enjoys reading, watching movies and playing board games with friends. 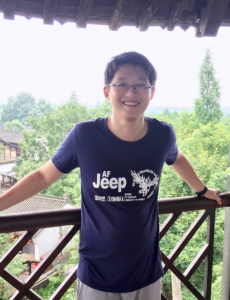 Sheng grew up in Changchun, China. He completed his undergraduate degree in materials chemistry at Nankai University. His undergraduate thesis, supervised by Professor Shu Hu at Yale University, focused on the non-aqueous photoelectrochemistry investigation of III-V tandem wire arrays. He joined the Seferos group as a Ph.D. student in September 2017. Outside of the lab, Sheng enjoys traveling around, watching superhero movies, and trying different kinds of board games. 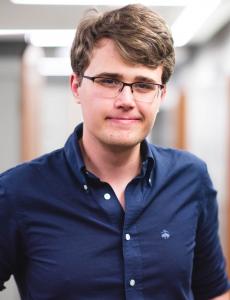 Garion (he/him) is from Coquitlam, BC. He received his BSc from the University of British Columbia studying the mechanism for lactide polymerization under the supervision of Professor Yan Alexander Wang. He is interested in the use of thiophene-selenophene copolymers in photovoltaic devices. Garion also enjoys sailing, board games, and recreational argumentation. 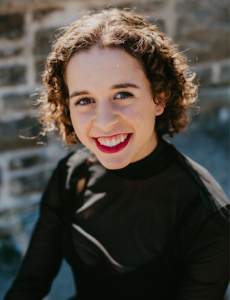 Alicia (she/her) grew up in Brampton, ON and completed her BSc at the University of Western Ontario. Her honours thesis project explored the synthesis and properties of inorganic nanoclusters supported by stable organic radicals under the supervision of Dr. Joe Gilroy and Dr. John Corrigan. She is currently investigating conjugated polymers for battery applications. When not in the lab, Alicia enjoys rereading the Harry Potter series, trying out new dance classes, baking anything that involves chocolate, and petting as many cats and dogs as she can. Undercover @SeferosGroup social media coordinator. 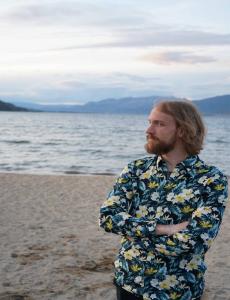 Bryton (he/him/they/them) grew up in Port Coquitlam, British Columbia. He completed his BSc and his MSc at Simon Fraser University under the supervision of Steven Holdcroft and Daniel Leznoff respectively. His MSc thesis focused on using luminescent coordination polymers for the detection of chemical vapours. He is currently interested in the chemical recycling of conjugated polymers. Outside of the lab, Bryton likes to unwind by playing guitar, running, and rock climbing. 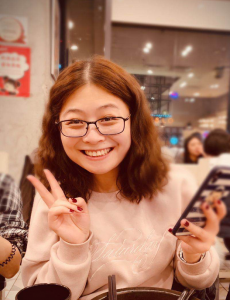 Ruyan grew up in Shandong, China. She received her Ph.D. degree under the supervision of Prof. Jun Liu in December 2019, at Changchun Institute of Applied Chemistry, Chinese Academy of Sciences. Her Ph.D. thesis focused on the development of efficient n-type polymers using boron-nitrogen coordination bonds. Her previous research highlights include an Angewandte Chemie Hot/Most Cited Paper. She joined the Seferos group as a Postdoctoral Fellow in January 2020. Now she is very interested in main group chemistry and the controlled synthesis of functional polymers. In her spare time, she enjoys reading, jogging, hiking, watching TV shows, and cooking with friends. 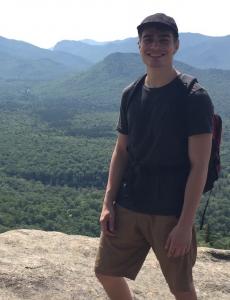 Eloi was born in France and raised in Toronto. He found a good middle ground between the two in Montréal, where he obtained his BSc from McGill University. There, he explored high-throughput techniques for the discovery of lithium-ion battery cathode materials as well as AFM methods for the identification of gold nanostructures. He is currently investigating polymers for use in energy storage systems. Eloi’s other interests include football, hiking, reading, and cycling around Toronto. 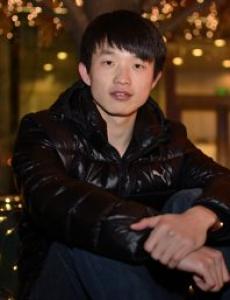 Shuyang hails from Fujian, China. He finished his undergraduate thesis under the supervision of Dr. Leyong Wang and received his Bachelor’s Degree in Chemistry at Nanjing University in June 2012. Afterwards, he served as a research assistant in Dr. Dechun Zou’s Lab at Peking University for one year. His research interests focus on polymer synthesis, organic electronics and new tellurophene-based polymers. Outside of the lab, Shuyang also enjoys volleyball, jogging around the city and the sport of orienteering.

Victor grew up in the Greater Toronto Area. He completed his BSc at the University of Waterloo, and his thesis focused on the chain dynamics of pyrene-labelled poly(alkyl methacrylate)s under the supervision of Prof. Jean Duhamel. He completed his MSc at McGill University in Prof. Ashok Kakkar's group, where he synthesized redox-responsive miktoarm star polymers for drug delivery. Currently, Victor is interested in the self-assembly of polymers with complex architectures. Aside from chemistry, Victor's hobbies include tabletop games, reading, and getting lost on Wikipedia. 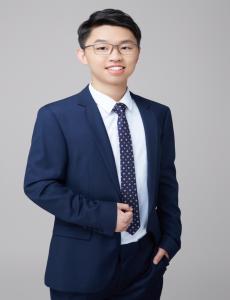 Tom (Hao) was born and raised in Chengdu, Sichuan province in China and obtained his BSc. at Sichuan University. His undergraduate thesis, "Adsorption of heavy metal ions and organic dyes via polymer microparticles," was completed under the supervision of Prof. Changsheng Zhao. Currently, Tom is working on the synthesis of homodisperse oligomers and polymers. Outside the lab, Tom enjoys coding in Python, playing the piano, photography, and video games. 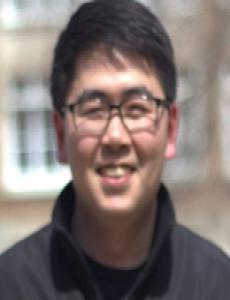 Peter (Jiang Tian) Liu was born in China and completed his BSc at Concordia University. After a brief period in industry, he obtained his MSc at Concordia University under the supervision of Prof. Pat Forgione. His MSc thesis focused on decarboxylative cross-coupling. He is currently interested in the synthesis of novel conjugated polymers. Outside of the lab, Peter likes to cook and collecte rare books.